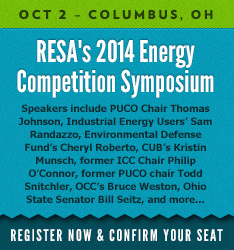 Retail Energy President: In 10 Years, We "Won't Care" How Many kWhs We Sell to Customers

"Ten years from now, we will not care how many kilowatt-hours a customer uses," Rob Cantrell, President & COO of TriEagle Energy, said during the Gulf Coast Power Association's fall conference.

Drawing a parallel to the wireless phone industry, Cantrell said that in the future, the kilowatt-hours sold to customers is going to be immaterial. What is going to matter to retail energy suppliers will be, "what else we sold them."

Cantrell noted that until the introduction of "apps", the cellular industry could not overcome the customer focus on minutes, which led competitors to increasingly undercut each others' offers on minutes, and led to unsustainable margins.

Now, with apps, cellular customers no longer care about minutes, they care about what they can do on the phone, and what comes along with that technology, Cantrell said.

Right now, the retail energy industry is essentially stuck between the "minutes" world, and a features-driven world, Cantrell said.

Cantrell said that while it is unclear where a platform similar to the rise of apps in the wireless industry will come from, "whatever platform is developed, at least it's beginnings will be based on the availability of customer data."

Appearing on the same panel, JD Burrows, Vice President of Marketing for GDF SUEZ Energy Resources, said that C3 Energy and IBM are among those taking quiet steps to enter the energy data world, while also adding that GE and Oracle are also likely players.

The bandwidth for services unlocked by the ubiquity of customer data is being built "very quietly" in Silicon Valley, "and is waiting for us to basically buy-on," Burrows said.

"We're getting calls from the likes of these [companies]," Burrows said.

See Related Coverage on RetailEnergyX.com: "Real" Risk to Business Is We Can't Innovate Fast Enough; Get Leapfrogged By Google, Amazon