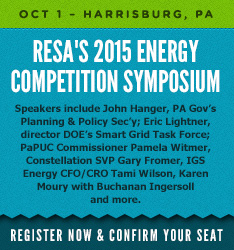 The remaining count of a lawsuit filed against Ambit Energy concerning variable rates and marketing disclosures has been dismissed for failure of the complainant to file an amended complaint.

The original suit had alleged numerous counts relating to Ambit's variable rates and disclosures thereunder, prompted by post-polar vortex pricing. As previously reported, a federal court in July dismissed all counts under lawsuit after concluding that Ambit's actions were consistent with its contract with the complainant.

However, in that July order, while the majority of the claims were dismissed with prejudice, a single count of the complaint, an alleged Breach of Covenant of Good Faith and Fair Dealing by Ambit, was dismissed without prejudice, and the court permitted the complainant to amend its complaint concerning this count, as the original complaint, "fail[ed] to allege facts that support the theory that Defendants have exercised their contractual rights in bad faith."

The complainant did not file an amended complaint by a deadline established by the court, prompting the court to dismiss the remaining count relating to Breach of Covenant of Good Faith with prejudice, and to close the matter