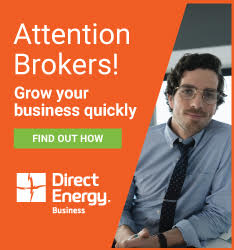 "PUCT Commissioners’ actions today were a good step toward continued improvement of Power to Choose. Clarity of offers and ongoing consumer education are important components to any vibrant market. The state can and should continue to educate consumers about competitive electric markets, especially with the substantial population growth and influx of residents who have never had a choice of providers. Perhaps even more important were indications of future actions including whether the state should continue in the pricing function of a competitive market. We look forward to working with the PUCT to continue needed improvements to the most competitive and free market energy platform in the world."

At its open meeting today, the Public Utility Commission of Texas adopted three changes to the Power to Choose website as proposed by Staff.

The adopted Staff changes, first reported by EnergyChoiceMatters.com last week, are listed below.

During the discussion, Walker said that Staff would continue to review the site to determine whether there are any long-term changes that need to be made, "including even looking at whether or not we need to continue having a pricing function."

Walker said that, at this time, she is collecting as much information and data as possible before making an ultimate decision

Commissioner Arthur D'Andrea noted that, "we've been here before," where the Commission thought it had fixed the website (removal of teaser rates, minimum usage fees/credit filter, etc.), "but now here we are again."

D'Andrea agreed that Staff should continue to look at more ideas regarding the site, because, "I don't want to be back here in two years doing the same thing."

Walker responded, "Well, unfortunately I think we may be, cause they adjust, they being the REPs, adjust."

Discussing other potential changes, D'Andrea said that using a generic residential load profile for the site (though not explicit, presumably for monthly cost) is promising, and said that if customers could input their ESI-ID and use the customer's actual data, that would be, "great."

"But if the answer is, if two years from now, none of those things work, then I think we need to reconsider the wisdom of a government agency running a commercial website," D'Andrea said

As previously reported, TXU in 2016 had said that a "strong argument" exists that pricing information on Power to Choose runs afoul of PURA (see story here).

TXU in 2016 noted that the choice education program required under PURA § 39.902, under which Power to Choose originated, specifically provides that, "The educational program may not duplicate customer information efforts undertaken by retail electric providers or other private entities."

"[T]here exists a strong argument that PTC undeniably does just that," TXU said in 2016

Staff's proposals which were adopted are as follows:

Issue: Offers are tailored mathematically to land on the first page when sorted by price. As discussed in detail at the June 28 open meeting, many plans displayed on Power to Choose are designed to show a low average price at the 1000 kWh usage level. However, when applied to typical customer usage patterns, these plans cost significantly more on average over the term of the contract. These plans may be beneficial to some customers, but not to customers who average 1000 kWh per month (i.e., 12,000 kWh per year).

Recommendation: Expand the definition of the existing "Pricing and Billing" filter on the PTC such that these plan types can be filtered from the search results. When activated, this redefined filter would exclude plans that have a minimum usage fee or credit, as well as plans that charge a different amount per kWh depending on how many kWh are used.

Implementation timeframe: Within one week.

Issue: Some REPs choose to post numerous offers on PTC that are barely distinguishable (i.e., a single REP can flood a page) meaning that a list of the "top 10" offers may only include one or two different REPs. Some REPs have as many as 30 or more offers concurrently displayed on PTC. While a REP may certainly offer as many plans as it chooses in a competitive market, this type of 'flooding' behavior limits the effectiveness of PTC as a shopping tool.

Recommendation: Limit the number of plans that a REP may post on PTC at any one time to five per plan type (fixed, variable, indexed). Doing so will encourage REPs to use its available postings wisely, rather than repeating very similar offers to strategically dominate search results.

Issue: PTC has a robust set of frequently asked questions (FAQs) about shopping in general for retail electric plans, but lacks a section specific to navigating the PTC itself.

Recommendation: Add a series of user friendly PDFs and videos intended to guide and inform the customer through the shopping experience in a manner that efficiently narrows the search results to the type of plan that customer prefers. The current "Narrow Your Search" function on the home page of PTC contains information that would be valuable in drafting these helpful tools.