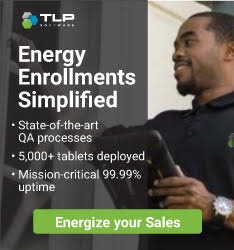 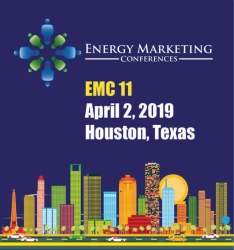 In the complaint, IGS Energy alleged, "Starting on or about January 9, 2018, Respondent’s sales representatives began contacting both IGS’customers [sic], and other individuals, via telephone using the numbers 1-800-429- 5708 at ext. 234 and 708-283-0947; and represented to those customers that the caller is an Account Manager employed by 'IDS Energy.'"

In the complaint, IGS Energy alleged, "Upon information and belief, 'IDS Energy' is not affiliated with Respondent, nor is it registered with the Ohio Secretary of State or certified by the Commission to conduct business in Ohio."

In the complaint, IGS Energy alleged, "As part of its sales pitch, Respondent’s representatives inform the customer that his or her 'low fixed rate plan' has expired and will rollover to a variable rate plan 'that can go very high [in] any given month' regardless of whether either statement is true. The representative then offers that 'since [the customer] is a valued customer,' Respondent would be willing to 'renew' the 'low fixed rate' 'immediately' so long as the customer contacts Respondent to discuss his or her account in more detail."

In the complaint, IGS Energy alleged, "Upon information and belief, Respondent acts with intent to mislead IGS’ customers into believing that Respondent is affiliated with Complainant so that IGS’ customers will call Respondent to inquire about the status of their account."

In the complaint, IGS Energy alleged, "Upon information and belief, Respondent then solicits the IGS customer with a different offer to enroll with Respondent’s products and services."

Among other things, IGS Energy alleged in the complaint that, "Respondent’s representation, whether express or implied, that it was soliciting electric customers on behalf of Complainant constitutes a misleading, deceptive, and unconscionable sales and marketing practice in violation of Ohio Admin. Code 4901:1-21-05(C) and R.C. 4928.10."

IGS Energy also alleged in the complaint that, "Respondent’s representation to customers that the customer’s 'low fixed rate plan' has expired and will rollover to a variable rate plan 'that can go very high [in] any given month' even when such statement is not true, is a violation of Ohio Admin. Code 4901:1-29-05(D)(8)(a) and 4901:1-21-05(C)(8)(a), which prohibits claiming that a specific price advantage, savings, or guarantee exists if it does not."

Through the complaint (Case 19-0362-GE-CSS), IGS Energy sought the following relief from PUCO:

4. Preliminarily and permanently enjoining Respondent from engaging in the deceptive and unfair practices alleged in the complaint

5. Providing such other and further equitable relief as Complainant is entitled.

Separately, IGS Energy moved to dismiss a complaint IGS had previously filed at PUCO against Titan Gas LLC d/b/a Titan Gas & Power, in which IGS had alleged various misrepresentations by Titan agents similar to those described above (see story here for details). IGS and Titan jointly moved to dismiss the complaint after settling the matter.

According to the motion to dismiss (Case No. 17-2452-GE-CSS), Titan had, prior to the filing of the IGS complaint, voluntarily terminated its third party sales vendors and suspended third party sales channels in Ohio for violating its Code of Conduct. As a part of the settlement, Titan will:

• Continue its voluntary suspension of residential sales channels in Ohio for a total period of twenty-four (24) months and not recommence residential sales until the Commission Staff has reviewed Titan's compliance and quality assurance procedures;

• Compensate Complainant for any customers that may have been enrolled with Titan by the sales agents responsible for violating Titan's Code of Conduct; and

• Waive termination fees for customers that may have been enrolled with Titan by sales agents responsible for violating its Code of Conduct.