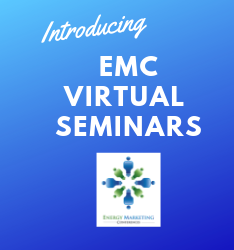 Staff of the District of Columbia PSC have said that a previously directed procurement of a long-term renewable PPA for 5% of SOS load should not be used to serve SOS load, and said that the PPA's products should instead be sold into the wholesale market, with all distribution customers receiving a charge (or credit) from the PPA.

As exclusively first reported by EnergyChoiceMatters.com, the PSC had ordered that 5% of SOS be sourced from long-term PPAs which will not be load following contracts, effective June 1, 2023. The PSC's order contemplated that the PPA would be used to serve SOS load

However, the PSC also directed a working group to develop an RFP for the PPA, and, in doing so, the PSC directed that the working group should also consider how to mitigate the risks associated with long-term renewable energy PPAs.

As a result of the working group process, PSC Staff supports a PPA under which the output would not be used to serve SOS customers. Instead, the products under the PPA would be sold into the wholesale market, with all distribution customers receiving a charge (or credit) from the PPA. This is similar to how long-term renewable contracts procured by the EDCs are used in Massachusetts ("MA Model").