The Retail Energy Supply Association (RESA) released the findings of a national scientific poll which indicates three out of four voters want options and choice when selecting their energy suppliers or providers.

The results were released in conjunction with National Energy Shopping Day (June 24), which was created by RESA and published in Chase's Calendar of Events 2020.

The survey was conducted by Ragnar Research Partners. Interviews included 1,000 Likely Voters (LVs) nationwide. Quotas on age, gender, ethnicity, education, and region were used to ensure a representative distribution. The study's margin of error is ±3%.

"The survey found a strong sense of importance for choice (76%) when deciding on consumer products such as cell phone or ISP plans. This sentiment is carried over to a near equal number of voters who agree (74%) that consumers should be able to shop for energy suppliers in the same way," RESA said

"It is clear that the majority of Americans want the right to choose their electric providers and suppliers," said President of RESA, Matt White. "With only 14 states offering consumers a right to choose (or 28%), while three-quarters of Americans want a choice, clearly there is a disconnect. The data should shine a light on the reality of the situation for state legislatures to make more informed decisions on behalf of the people they represent going forward."

Additionally, a majority of voters (58%) want energy to be a competitive marketplace and let competition drive down costs, and a plurality (49%) believes investors should be the ones to bear the cost of expanding energy infrastructure, the survey found

Highlights of the poll findings can be seen below. 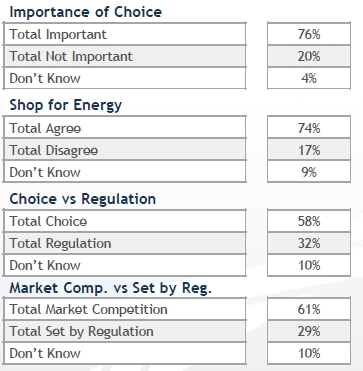 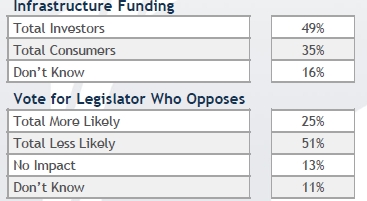 A copy of the survey and more information on National Energy Shopping Day can be found at nationalenergyshoppingday.org.